The military academy admission requirements are very different from other undergraduate institutions, particularly the physical and medical requirements. However, there are some similarities, including the significance of academic GPAs, standardized test scores, and class rankings (which are all valued very highly). Military academies also look at participation in extracurricular activities, team sports, and work or volunteer experience. One of the largest factors military academies look at is students who display excellent character and positive personality traits. 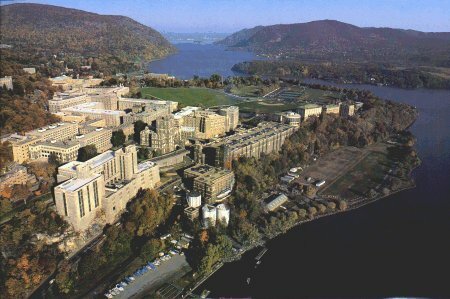 There are some basic requirements that are not in place for students looking to attend regular secondary schools. For military academies, students must be United States citizens, between the ages of 17 and 23, and not married, pregnant, or legally obligated to support any children. Students who wish to apply to military academies should complete four years of English (with an emphasis on composition, grammar, literature, and speech), four years of math (including algebra, geometry, intermediate algebra, and trigonometry), two years of a foreign language, two years of a laboratory science, and one year of US history. Classes like pre-calculus, calculus, and computing are also recommended.

Unlike other colleges, military academies require their applicants to complete the Physical Aptitude Examination. This test consists of five events: pull-ups for men and a flexed-arm hang for women, a basketball throw from a kneeling position, the standing long jump, a 300-yard shuttle run, and a two-minute period of pushups. Students can only take the test once, so they must pass on the first try. Students are also mandated to complete and pass a medical examination proving they are physically able to take on the challenges of attending a military academy.

For four of the five military academies (the Coast Guard Academy is the lone exception), students must obtain a nomination from a United States Congressman or Senator to be considered for admission. This recommendation serves as a reference that vouches for the student’s character and ability to handle military training and service. These nominations are extremely competitive with usually about 10 applicants are vying for every one nomination. With all of these military academy admission requirements, be sure to project yourself as a well-rounded student who will flourish at their academies and serve as a promising officer for that branch of service.