History of US Service Academies 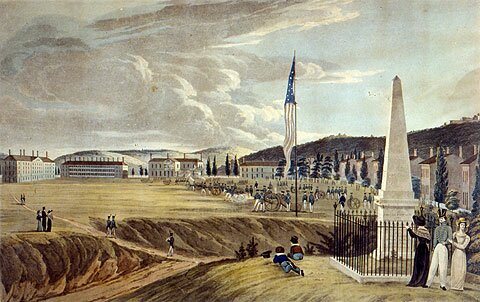 West Point in 1828. None of the pictured structures are still present.

The history of the U.S. service academies is as long as the country itself. The first usage of West Point was back in 1776, when the Continental Congress used a ‘Corps of Invalids’ to educate disabled officers. Unfortunately, not many officers reported for duty, and the program was discontinued after the Revolutionary War ended in 1783. After the war, West Point still marked the largest post in the army with about 100 men stationed at the location.

While president, George Washington maintained that there should be a national military academy where potential soldiers could learn the ‘art of war.’ Secretary of State Thomas Jefferson thought there was no need, since a military school was not included in the Constitution. However, in 1794, Congress agreed with Washington and established the ‘Corps of Artillerist and Engineers’ at West Point.

Although West Point was in operation, there was no concrete curriculum until 1802. John Adams had tried to run the school, but it was difficult to attract interested instructors because of low enrollment. In fact, in 1801, there were only 12 cadets and one teacher at the school. When Jefferson became president in 1802, he went back on his earlier opinion, and decided to support West Point. It still took considerable time for the institution to become organized.

There weren’t really any admission standards since cadets ranged from 10 to 37 years of age. Students could study anywhere from 6 months to 6 years at the institution. Because of the War of 1812, Congress decided to create a more formalized education. 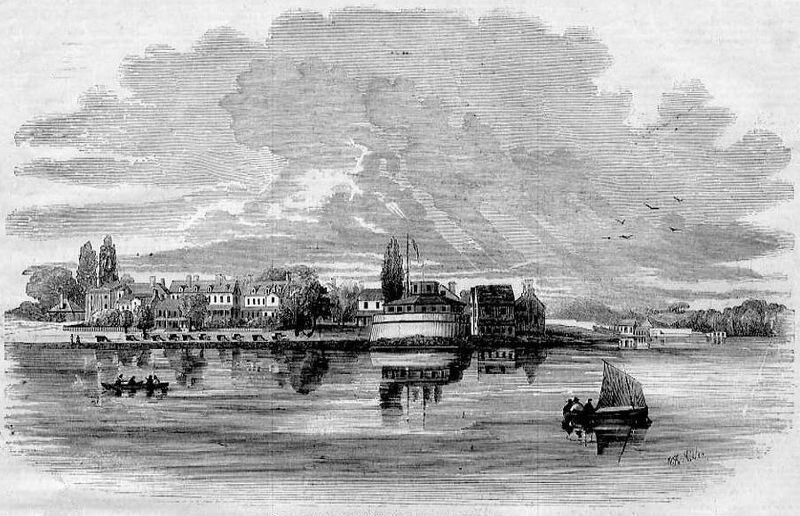 In 1817, Colonel Sylvanus Thayer became the Superintendent, thus completely revitalizing West Point. He even invented a teaching method (known as the Thayer method, which is still used in classrooms today) that focuses on daily homework and small class sizes. The traditions of class rings, honor codes, and a focus on civil engineering all became cemented during Thayer’s reign.

Following Thayer, Superintendent Robert E. Lee continued to revolutionize the school. During his term, 1852-1857, the tradition of needing a nomination from a Congressman for admission began. Other great milestones were reached, like new barracks with gas lighting and better heat which helped to make the school more enticing to students.

The Civil War marked another interesting period for the school, as the cadets became divided in their fight. More than 290 graduates served in the Union, and 150 fought for the Confederacy. The war was an extremely bloody one; almost 10% of all West Point graduates were killed in the fighting and another 15% were wounded.

The modern history of the Academy continued to see significant changes. Douglas MacArthur became Superintendent in 1919, and major revisions were made to the curriculum and field training programs. The large importance of athletics also became visible under MacArthur’s tenure. In 1925, West Point was officially accredited by the Association of American Universities. Eight years later, they began offering Bachelor of Science degrees to every cadet. Many traditions that saw their start long ago are still in place at all of the U.S. service academies.